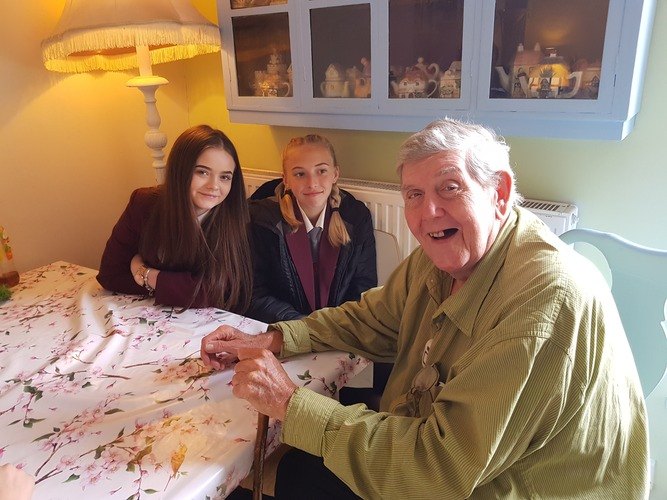 Caremark (Kirklees) is piloting a scheme aimed at bridging the generation gap between children and the elderly, with a particular emphasis on helping those with dementia and other disabilities.

The office recently held its first ‘Intergenerational Care’ session, with clients and older people from the community as well as children aged 7-16 taking part. The children, from local schools, spent around two hours over a cup of tea and some cakes talking to the older people about their lives and discovering more about their childhoods.

Intergenerational care, which began in Japan in 1976 but is still a relatively new phenomenon in the UK, has been proven to have multiple benefits. It helps the language development, reading and social skills of the children and older people are less likely to suffer loneliness thanks to regular interaction with the younger generation. It also helps stimulate memories for people with dementia.

The project idea came from Leah Gledhill, Care Manager at Caremark (Kirklees), who explained: “Many of our clients live alone with no local support network which can leave them alone and socially isolated. We also have others at various stages of dementia, some who are terminally ill, or with disabilities which make it difficult for them to leave their homes without support.

“By holding intergenerational sessions, we want to help combat loneliness among older people, give some comfort to those nearing the end of their lives and provide stimulation to people with dementia and other disabilities. It also has a positive impact on the children as well as they learn to interact with other older people, other than their family members.

“The first session went really well, and we are now hoping to make this a regular event once the schools return from September.”

Alan Matthews, one of the participating Caremark clients, said: “I am normally on my own, so I loved speaking to the children and finding out about their lives and telling them about mine. I was really happy.”

Gail Newton, Executive Headteacher of the local school where some of the participating children are studying, commented: “The event was amazing. It went well and the children were very enthusiastic about the people they had met and the conversation they had had.”