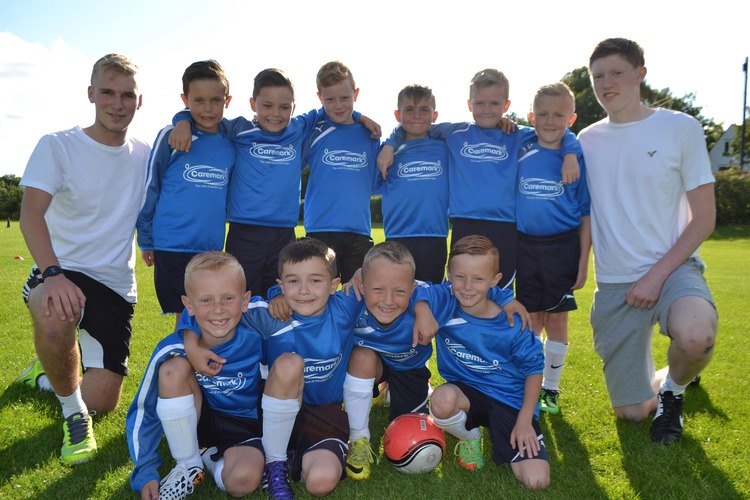 Young footballers are kitted out by Caremark (Redcar & Cleveland)

Young footballers will be sporting a new kit for the upcoming season after being sponsored by Caremark (Redcar and Cleveland).

Caremark (Redcar & Cleveland) has donated just over £300 to Nunthorpe Athletic Under-9s to allow the club to buy training tops for the boys.

Coach Joe Lillie said: "We have been having to do our own fundraising to keep the club going so this is a generous and much appreciated gesture by Caremark (Redcar and Cleveland).

"Having the training tops means the boys won't need to wear their playing strips to practice and on match days they will all look very smart."

Caremark (Redcar and Cleveland) Managing Director Charles Folkes said: "We are very pleased to have been able to sponsor the team and we hope the tops bring them good luck in the coming season.

"We have many clients in the Nunthorpe area so it is good to be able to support the community in ways like this."

Nunthorpe Athletic Under-9s will this season play in Division 1 of the Teesside Junior Football Alliance (TGFA).