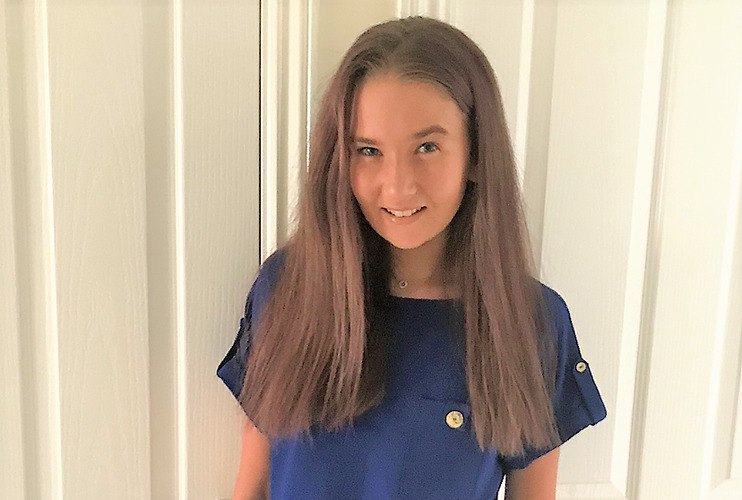 “Caremark has given me a purpose and it has definitely helped to save my life.”

A teenager has described how working at in-home care provider Caremark (Redcar and Cleveland) has been a lifesaver for her, as she battles an eating disorder and serious mental health condition.

Millie Reason says she does not believe she would be alive today had she not been offered an admin job at our head office in Guisborough and this is echoed by her mum Emma, who also works at Caremark as our Accounts Administrator.

Millie and Emma say the job has given her focus and a sense of purpose during her ongoing battle with the eating disorder anorexia nervosa. Millie’s problems began at school when she was the victim of bullying about her weight. Despite the best efforts of Emma and her husband Lee, this resulted in Millie becoming obsessive about her weight. Emma says Millie “effectively stopped eating” and her weight plummeted to just five stone.

This led to Millie being referred to an NHS eating disorder team and she was formally diagnosed as having anorexia nervosa in July 2019. It also had a serious impact on her mental health, and she admits she thought about ending her life on many occasions. With her organs failing and now in a wheelchair, Millie was eventually sectioned under the Mental Health Act for her own safety and had to be force fed through a tube to keep her alive.

In November 2019, Millie was admitted to eating disorder, treatment, and recovery clinic at The Priory in Manchester. She spent five months there until April 2021, when Emma and Lee made the decision to bring her home due to restrictions caused by Covid-19 which meant they would no longer be able to visit her.

Emma says: “Millie was effectively taught to eat again at The Priory so it was really good for her, but we thought not being able to see us could further affect her mental health, so we made the difficult decision to bring her home. In hindsight it was the best decision we could have made, not only because it led to the job at Caremark but, subsequently, we learned that the other people Millie was with at The Priory who stayed during Covid-19 suffered badly with mental health because they were restricted from seeing their loved ones."

“Caremark had been fantastic with Mille, allowing her to have time off on full pay and generally supporting her wherever they could and then Michelle Jackson, the Managing Director, asked if Millie would be happy to work at Caremark if she offered an apprenticeship. Millie said yes, and it was difficult at first because this was her first experience of work, but Michelle and the rest of the head office team put no pressure on her and allowed her to settle in gradually.”

“At this stage we were still waiting for a bed at an eating disorder clinic nearer to us, but one day, Millie said she wanted to stay at home to recover and keep working at Caremark.

“From there, she got stronger and stronger and whilst the anorexia nervosa will never go away, she can control it better and a massive part of that is down to Caremark.”

Millie adds: “Being at Caremark has given me a purpose and it has definitely helped to save my life.

“I now do a range of administrative tasks in the office, including answering phones and helping with recruitment and as well as helping with my confidence, it has really improved my social skills, so I couldn’t be happier than I am right now.”

Caremark Managing Director Michelle Jackson said: “Millie has quickly become an important member of the head office team and is very popular with her colleagues. “We’re delighted if we have been able to play a part in recovery, but it’s really all down to her. She is an inspiration to us all.”

For details of careers with Caremark, please click here for more information.